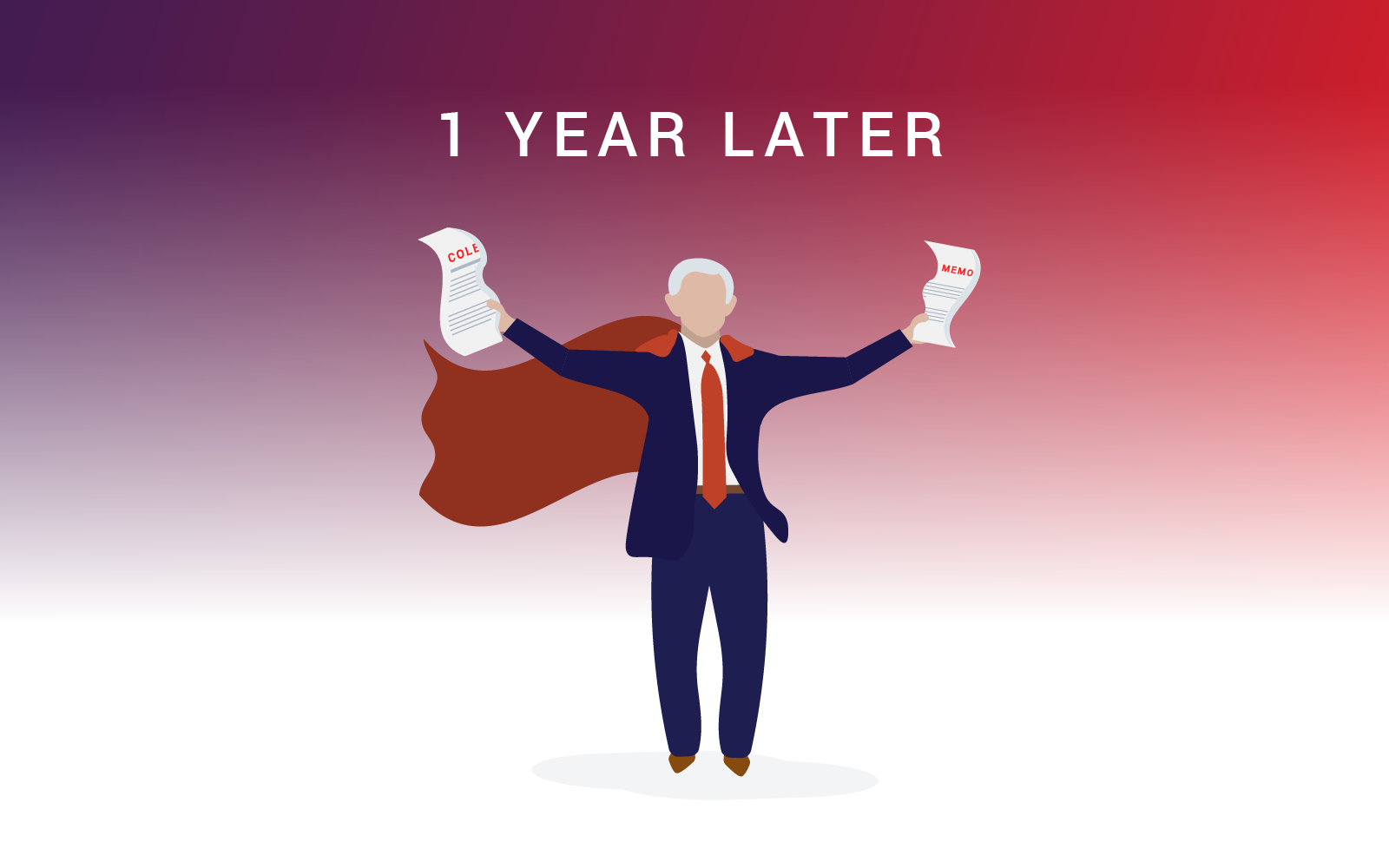 On January 4, 2018, then Attorney General Jeff Sessions announced the rescission of the Cole Memo, the document that set out the Department of Justice’s (DOJ) “hands off” approach to state-legalized marijuana, including marijuana banking. At the time, this action was thought by many to be the opening salvo of a federal crackdown against a marijuana industry Sessions so opposed, and the financial institutions serving it.

One year later, with the state of legalized marijuana and marijuana banking stronger than ever, it appears that Sessions’ much ballyhooed decision to rescind the Cole Memo was far more symbolic than substantive.

Issued in 2014, in conjunction with guidance from the Treasury Department’s Financial Crime Enforcement Network (FinCEN), the Cole Memo was DOJ’s effort to address the economic and public safety problems resulting from a lack of banking access for marijuana-related businesses (MRBs).

Because all moneys generated by marijuana commerce are considered criminal proceeds for purposes of federal money laundering and Bank Secrecy Act (AML/BSA) laws, even in states where marijuana is legal, financial institutions were understandably reluctant to service MRBs.

In an attempt to bridge this seemingly insurmountable gap the Cole Memo offered banks the following deal: if they and their MRB customers adhered to relevant state law and did not implicate any of DOJ’s eight priority enforcement factors, such as selling marijuana to minors or diverting marijuana proceeds to gangs or cartels, they would effectively be immune from AML/BSA laws.

For its part, FinCEN established a new Suspicious Activity Report (SAR) regime explicitly for banks serving MRBs that mirrored the eight priority enforcement factors contained in the Cole Memo. In that respect, the FinCEN guidance was regarded as being dependent upon, and a supplement to, the Cole Memo, which was universally considered to be the cornerstone of marijuana banking.

Taken together, the message of the Cole Memo and FinCEN guidance was that AML/BSA laws do not constitute a barrier to financial institutions serving MRBs. Over time that message began to take hold, as banks and credit unions across the country started accepting MRB accounts.

Given the significance the Cole Memo assumed in the years since it was issued, many predicted that its rescission would be the death knell for the state-legal marijuana industry. These concerns were shared by banks and credit unions serving MRBs that questioned whether marijuana banking would still be possible in a post-Cole Memo landscape.

And yet a year later more states have legalized marijuana, and more financial institutions are accepting MRB accounts, than at any time before the Cole Memo was rescinded. What explains the muted impact of the Cole Memo rescission?

For starters, Sessions did not declare a policy of full enforcement of all federal marijuana laws, which would have effectively ended the state marijuana legalization experiment, including any semblance of marijuana banking.

By way of comparison, you will never hear the terms “finite resources” and “terrorism” in any DOJ pronouncement.

But most notable about the Sessions announcement for marijuana banking was the absence of any reference to the FinCEN guidance. Reportedly, Sessions did not even inform, let alone consult, FinCEN before announcing the rescission of the Cole Memo, despite DOJ and FinCEN having worked closely to draft complementary policies for marijuana banking.

Whatever the reason for this breach of bureaucratic protocol, if Sessions expected FinCEN to dutifully follow his lead and rescind its own marijuana banking guidance, he was badly mistaken.

FinCEN has invested considerable time and resources in establishing a SAR reporting regime uniquely tailored to the marijuana industry. The marijuana SAR reports filed by financial institutions have become an indispensable source of information for the federal government about an exclusively state-operated industry.

So where are we now? Ironically, rescission of the Cole Memo has brought greater stability to marijuana banking than existed before.

That at some point during his tenure as Attorney General Sessions would take action against legalized marijuana was never in doubt. But when that action proved to be more symbolic than substantive, it provided a level of relief to financial institutions that had feared something far more punitive.

With the cloud of uncertainty lifted and worst-case scenarios off the table, many financial institutions became more receptive to banking MRBs. This is not mere speculation but is confirmed by FinCEN data which show a steady increase in the number of financial institutions serving MRBs (based on Marijuana SAR filings), even after repeal of the Cole Memo.

Going forward there is reason to believe that the environment for marijuana banking will continue to improve. Rescission of the Cole Memo has led to the introduction of several bi-partisan proposals in Congress that provide legal protection for banks serving MRBs.

Any question about whether the FinCEN guidance could survive as a stand-alone document has been laid to rest, as it has become the new baseline for marijuana banking.

Meanwhile, financial institutions, bank and credit union associations, technology providers, and others have contributed to the formation of marijuana banking “best practices” that are becoming industry standard.

Each of these encouraging developments can in some ways be traced back to the rescission of the Cole Memo, potentially making for the unlikeliest hero of marijuana banking: Jeff Sessions.